Read the articles selected in April 2019

A new sensitivity in the biology and philosophy, as well the problems raised by the climate change, have transformed our perception of the plants. Going beyond a zoocentric perspective let us notice the intelligence of the vegetable world, to discover another point of view.

Pig brains kept alive outside body for hours after death

The success of an experiment on pigs disembodied of their heads , maintened for six hours in their vital functions, has strong ethical as well legal and practical implications that not only concern the definition of the death, but prospect a kind of consciousness disconnected from the sensorial links.

In the Swiss they have tried a new type of support to children that present  difficulties in the reading. The project is based on the research on the neurovisual aspects of the dyslexia and provides for an adapted typography.

The promise and perils of synthetic biology 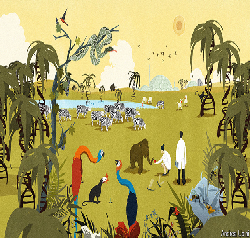 Synthetic biology is a revolution in the living world, which will bring great transformations in the way we produce, consume and in the economic relations. If we want to turn this shift into better and in particular towards environmental goals we have to take lessons from the past.

After the Homo floriensis, this is the second new human species recently identified in Southeast Asia. This Homo Luzonensis descends from a group of Homo erectus, but his evolution on islands like Luzon gave him traits which were different from his ancestors.

Can you feel force..do humans react to magnetic fields?

A group of scientists have found proof that the human brain has a sense of orientation which responds, like in animals, to magnetic fields. The geographic references in the European languages and the modern life may have weakened this internal compass, as it is shown by studies on aborigens in Asia and Australia.

Scientists reverse memory loss – but only for fifty minutes

A study published on Nature Neuroscience shows the results of an experiment carried out on the brain of elderlies in cognitive decline through electrical stimulation and seems to prospect new treatments for patients affected by working memory disorders related to the ageing or to dementia.

The precision and the power of the artificial intelligence applied to medical images doesn’t  displace the humans, but rather it requires more than ever the radiologist’s expert eye to read every minimal deviation from the standards defined by the algorithms.

Digital technologies , though useful to the teaching, can’t be the core of education because they inhibit a proper reflexion and a direct relation between the learner and the source of knowledge.

The nuclear sins of the Soviet Union live on in Kazachstan 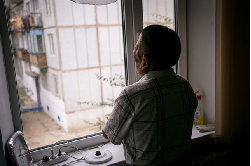 30 years after the tragedy of Semipalatinsk tests, there is still little evidence of the  consequences of nuclear radiations across generations. Research should have a role in the current debate on the expansion of atomic energy to reduce carbon emissions.

A U.S. NSF report urges the government’s support for a high-expensive project of an innovative database of the natural species preserved in museums and other collections, for the new types of research that could generate and its consequent huge social impact.

After the birth of the two first children genetically modified , which had been condemned by the international scientific community, a group of researchers has proposed a moratorium of these experiments, when finalised to a birth and without certain conditions, calling for the creation of an international institution. 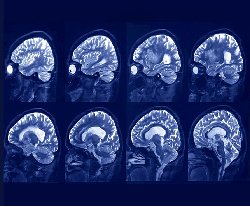 The presence of newborn neurons in the brain of adult humans is controversial and debated. Nonetheless, the experimentation of methods to promote the neurogenesis and stop the cognitive decline can be a way to understand unknown aspects of the Alzheimer’s and other neurodegenerative diseases.

Researchers of the Columbia University have decodified the words thought by volunteers through the application of electrodes, coupled with algorythms and able to intercept the signals of the auditive cortex. A discovery which will give back the words to those who have lost it.

Modified structure of protons and neutrons in correlated pairs

The Department of Physics of the University Tor Vergata has participated to the Experiment CLAS, a research which could unveil unknown mistery about the change in the structure of quarks and gluons, the extreme components of matter, when they are in close proximity with surrounding nucleons.