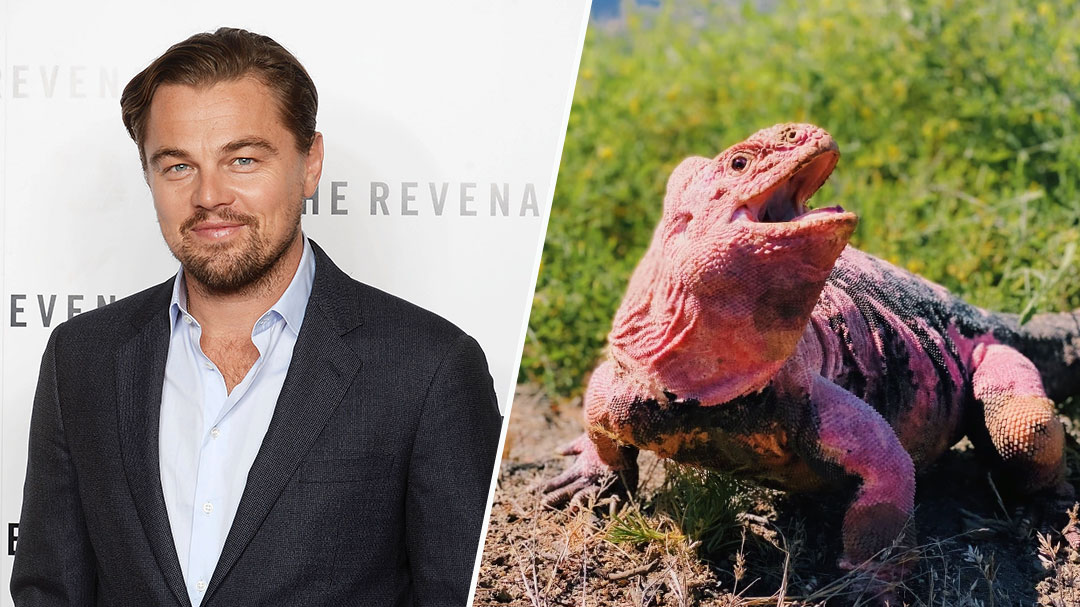 What do Leonardo Di Caprio and Tor Vergata University of Rome have in common? Their love for the Pink Iguana of the Galapagos Islands!

In recent years a study conducted by researchers from Tor Vergata University, the San Diego Zoo, and the Galápagos National Park, led by prof. Gabriele Gentile, evolutionary biologist of the Department of Biology of Tor Vergata, has led to the discovery of the pink iguana.

The only survivor of an evolutionary line that appeared millions of years ago - when some of the current Galápagos islands were not even formed - the pink iguana (Conolophus marthae), unmistakable due to its intense pink coat streaked with black, is now recognized as an important flag species a means to maintain global attention on issues such as the importance of biodiversity and its conservation.

"The species is reported to have the highest degree of extinction risk by the IUCN, International Union for the Conservation of Nature, which is why the pink iguana is subject to continuous study and monitoring." - says prof. Gabriele Gentile of Tor Vergata University, coordinator of the international research and conservation program in the frame of which, in 2009, the discovery of this new species of terrestrial iguana took place.

In recent days the research team has found several juvenile and hatchling Pink Iguanas on Isabela Island for the first time since the species was discovered: The discovery is helping answer important questions about the Critically Endangered species that will help prevent its extinction.

“This discovery is a significant breakthrough that helps us identify the pathway to save the Pink Iguana,” said Danny Rueda Cordova, director of the Galapagos National Park. “Knowing all of the threats that make the species vulnerable allows us to implement the actions —primarily against invasive species— that will allow natural processes to continue in these fragile ecosystems.”

The news did not go unnoticed even by the actor and environmentalist Leonardo Di Caprio who congratulated the research group and Tor Vergata through his Instagram account: