Read the articles selected in April 2019

Gloria Origgi’s Passioni sociali collects specialists from different disciplines to explain passions in their collective reach. Relegated into the most private sphere or rationalised by the economical theories, they balance social unjustices and are the driver of the history.

The seventh edition of the Festival des conversations is dedicated to the conversation in the digital era, to get back in the arene of the social media the elements of a good argumentation and a constructive debate, but also the capacity to use the emotions to fight the adversary. 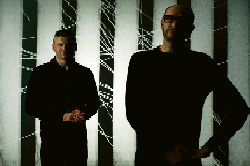 The new Chemical Brothers’ work, always on the borders of rock, pop, techno and much more, tells the angst, the sense of lack, and also the hope before the irreversible Brexit. No Geography means “no geography will divide us”. 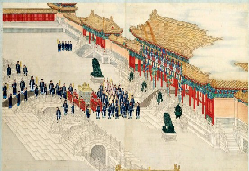 A singular show at the Sackler Gallery in Washington, fruit of an intense diplomatic, scholarly and artistic work, represents through the most disparate objects borrowed from Beijing’s Palace Museum the power carried out by the Qing Dynasty’s empresses in spite of the Confucian rules.

The words that describe the nature are important to relate us with it. In spite of living an independent existence, it is the language which gives to it shape and colours, but it is also the evolution of nature and the knowledge, what changes the language and its categories.

In occasion of the European elections, an artist writes a love letter to Europe, for how beautiful  it could be if careful cultural politicies allowed every European to know  its wealthy and variety and to be proud of it.

A city of the science dedicated to the divulgation of scientific research, will open the doors at the CERN. This project, embroidered with a design by Renzo Piano, intends to comunicate the beauty of the science, beyond its usefulness, to make it closer to the great audience. 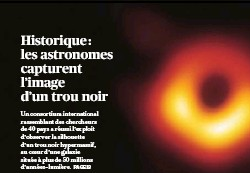 A network of radio telescopes and researchers has made visible what of most mysterious there is: a black hole. Nothing more spectacular than an event followed by six world scientific conferences, since it might not be so simple to conciliate the idea of a real object with the definition of black holes as horizonts of events.

In the five hundredth of Leonardo’s death, Florence celebrates his master Andrea del Verrocchio in his whole greatness, which can’t be reduced neither to his highest pupils of the Florentine Renaissance, nor to his aesthetic intelligence.

At the Louvre-Lens, an exhibition of artistic works and casts inspired to the Homer’s world brings together an audience attracted by the Iliad’s and  Odyssey’s canto, in a series of images that sink into the  lost time of  oral poetry. 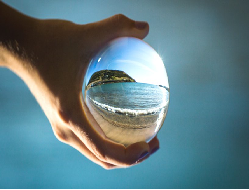 Client Hearth is an NGO of jurists of the best schools and determined to save the Planet. Before the failure of the scientific and public communication and the weakness of the politics, they use the paragraphs of the law against the industries’ interests.

The reforms are not enough to realize better societies, but it is important also what we learn. Mathematics is a method which teaches that a success is never an accident, and enhances the hard work.

There has always been an European identity, and it is at the same time an eternal empty to fill. What really matters today are the cultural policies and the normative tools apt to preserving our cultural diversity from the ideological  power of the tecnology giants. 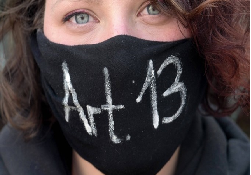 The copyright reform, stigmatized as the end of the free World Wide Web, gives back to the European citizenz those juridical principles written in our democratic Constitutions and emptied out in the capitalistic universe of data, where personal contents don’t belong longer to the people, but to groups of companies.

A brilliant and feminist Cambridge economist, author of The Sex Factor, a book about the women’s role in the Western economic development, has decided to undress of her not only academic clothes to comunicate what will be the legacy of Brexit for the United Kingdom.

An exhibition at the Tate Gallery highlights Vincent Van Gogh’s relationship with the literature, not limited to the writing of his famous letters, but made out from a literary inspiration which impressed the highest moods of his painting, where he transferred verbal images taken from the narrative which he loved most.