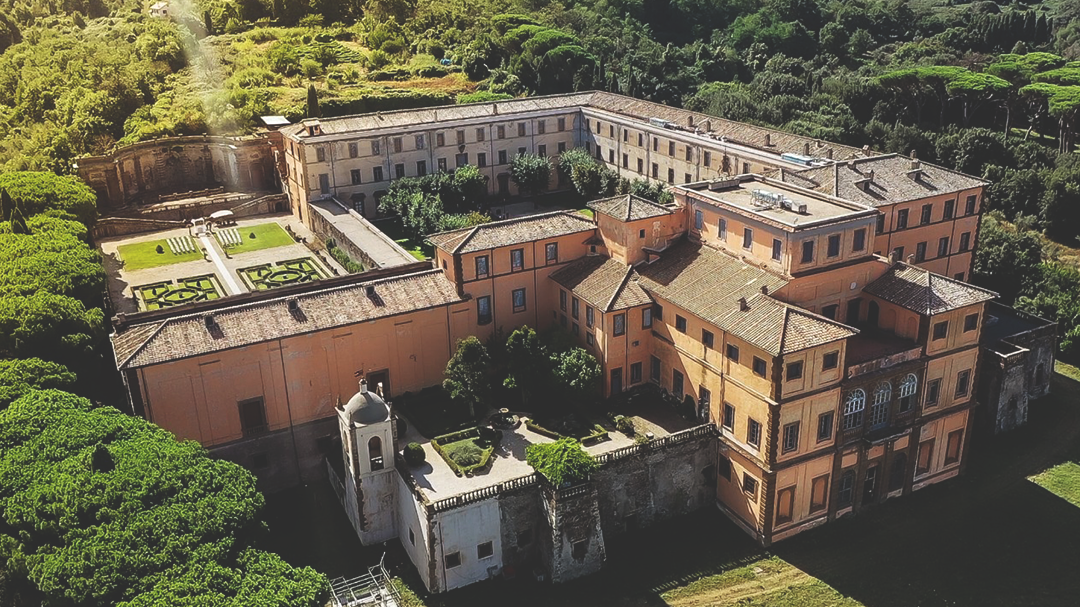 The beautiful 1573 villa is a congress and event center of Tor Vergata University.

Situated in Monte Porzio Catone near Frascati in a fantastic panoramic position Villa Mondragone, is an event and congress center for Tor Vergata University since 1981.

Villa Mondragone was built on the remains of a Roman villa from the 2nd century AD. The first nucleus of the modern villa, known as the "Casino segreto", was built by the Austrian-born cardinal Marco Sittico Altemps starting from 1573, based on a project by Martino Longhi the Elder.

The main purpose of the villa was to host Pope Gregory XIII whose coat of arms was characterized by the presence of a winged dragon, hence the name of the villa: Mondragone.

It was precisely at Villa Mondragone that Pope Gregory XIII promulgated the famous papal bull "Inter gravissimas" which initiated the reform of the Gregorian calendar that we use today. Villa Mondragone was a papal residence until 1626, when Pope Urban VIII moved it to Castel Gandolfo.

In 1613 Villa Mondragone was purchased by Cardinal Scipione Caffarelli Borghese, with whom the entire complex underwent expansion and transformation works in which the Dutch Jan van Santen, known as Giovanni Vasanzio, participated.

The villa was then the favorite residence of Paolina Bonaparte, younger sister of the French emperor Napoleon Bonaparte.

In 1896 it was sold to the "Society of Jesus" to become a famous college, called Nobile Collegio Mondragone for the education of the Italian nobility and upper middle class.

In 1981 the structure and the surrounding park were purchased by the newly formed Tor Vergata University of Rome, which made it its representative office.